As a specific movement in the arts it is identified with developments in post–World War II Western Art, most strongly with American visual arts in the 1960s and early 1970s. Prominent artists associated with this movement include Donald Judd, John McCracken, Agnes Martin, Dan Flavin, Robert Morris, Anne Truitt, and Frank Stella. It derives from the reductive aspects of Modernism and is often interpreted as a reaction against Abstract expressionism and a bridge to Postminimal art practices.
Normal Day

The terms have expanded to encompass a movement in music that features such repetition and iteration as those of the compositions of La Monte Young, Terry Riley, Steve Reich, Philip Glass, and John Adams. Minimalist compositions are sometimes known as systems music. The term “minimalist” often colloquially refers to anything that is spare or stripped to its essentials. It has also been used to describe the plays and novels of Samuel Beckett, the films of Robert Bresson, the stories of Raymond Carver, and the automobile designs of Colin Chapman. The word was first used in English in the early 20th century to describe the Mensheviks.
Dark matter

Dark matter is a hypothetical kind of matter that cannot be seen with telescopes but would account for most of the matter in the universe. The existence and properties of dark matter are inferred from its gravitational effects on visible matter, radiation, and the large-scale structure of the universe. Other than neutrinos, a form of hot dark matter, it has not been detected directly, making it one of the greatest mysteries in modern astrophysics.

Astrophysicists hypothesized dark matter because of discrepancies between the mass of large astronomical objects determined from their gravitational effects and the mass calculated from the observable matter (stars, gas, and dust) that they can be seen to contain. Dark matter was postulated by Jan Oort in 1932, albeit based upon flawed or inadequate evidence, to account for the orbital velocities of stars in the Milky Way and by Fritz Zwicky in 1933 to account for evidence of "missing mass" in the orbital velocities of galaxies in clusters. Adequate evidence from galaxy rotation curves was discovered by Horace W. Babcock in 1939, but was not attributed to dark matter. The first to postulate dark matter based upon robust evidence was Vera Rubin in the 1960s–1970s, using galaxy rotation curves. 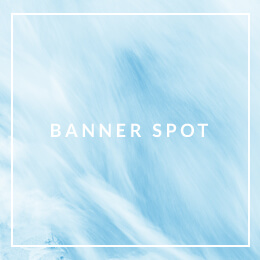